Carolina Cruz is an art director, animator and illustrator based in Berlin.

She grew up in Santiago de Chile playing lots of Atari. After studying Interior Design in her hometown, she moved to Barcelona, where she earned a degree in Industrial and Textile Design from the renowned Massana School of Arts.

In 2005 she moved to Berlin, where she is currently completing a Master’s in Animation Direction at the Film University Babelsberg Konrad Wolf. Her final project, La Radio (The Radio), will be a short stop-motion animation inspired by childhood memories of living under dictatorship in Chile.

Much of her work today is still influenced by the TV and video games of her childhood.

Carolina is open to collaborations with other artists and available for commissioned work. She is especially interested in projects for good with NGOs and non-profit organizations.

Don’t hesitate to get in touch: info@lucilux.de 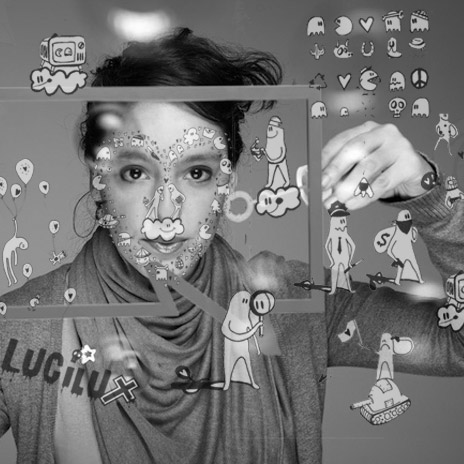